From the communication agency that usually handles Grupo Jorge's account, we were asked to make a series of video sequences, visualizing the future aspect of infrastructures that are going to be built in the facilities that the client has in the Barcelona town of Santa Eugènia de Berga.

In view of the nature of the project, and with the aim of making the different sequences as illustrative as possible, the client was asked about the suitability of using mainly aerial shots, which were recorded by a drone.

With all the flight permits already approved, and after waiting for the right weather conditions, we accessed the location. 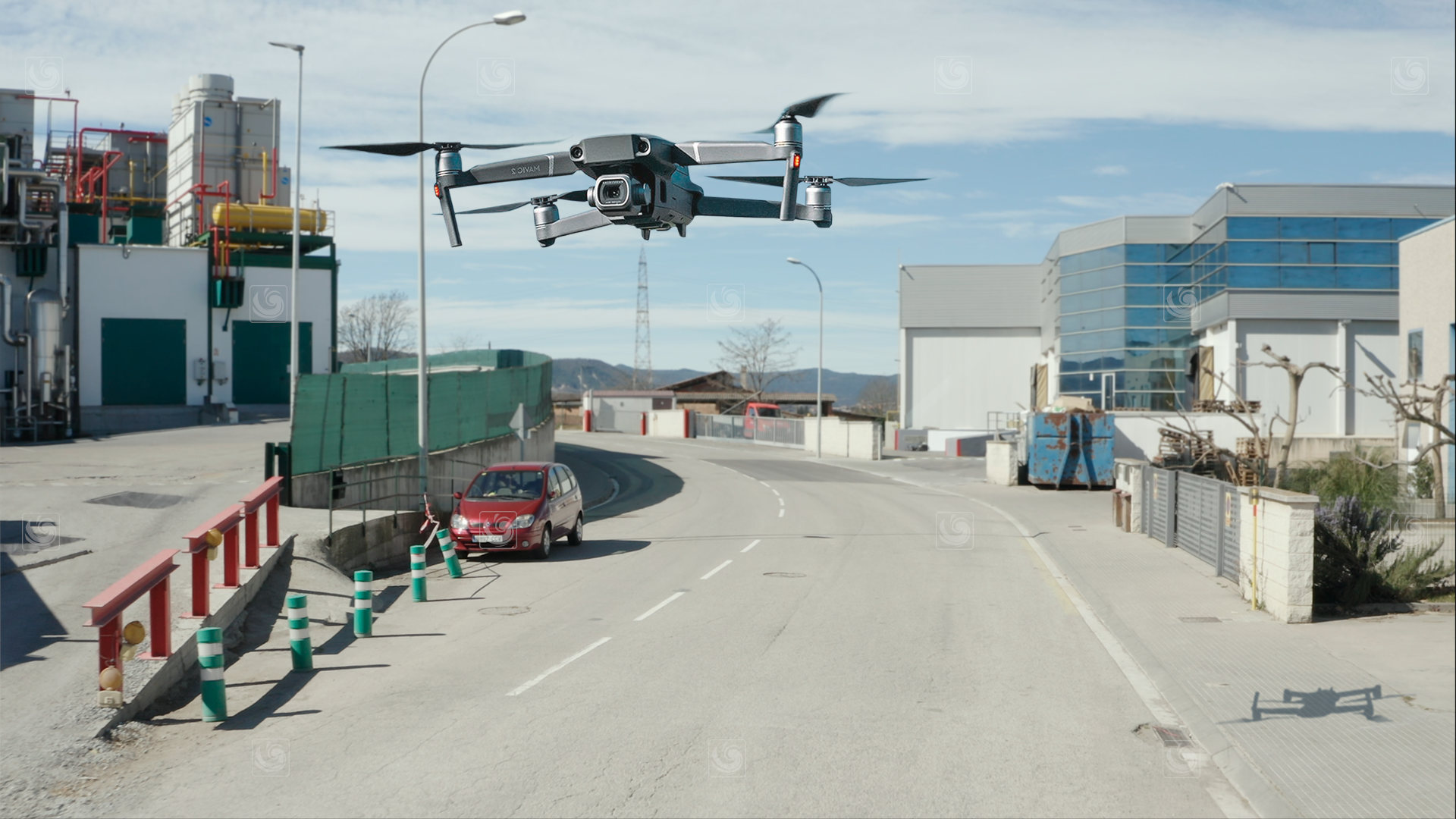 There, the different recordings were made, focusing on two points of interest. On the one hand, the area that will be used as a future truck parking lot. 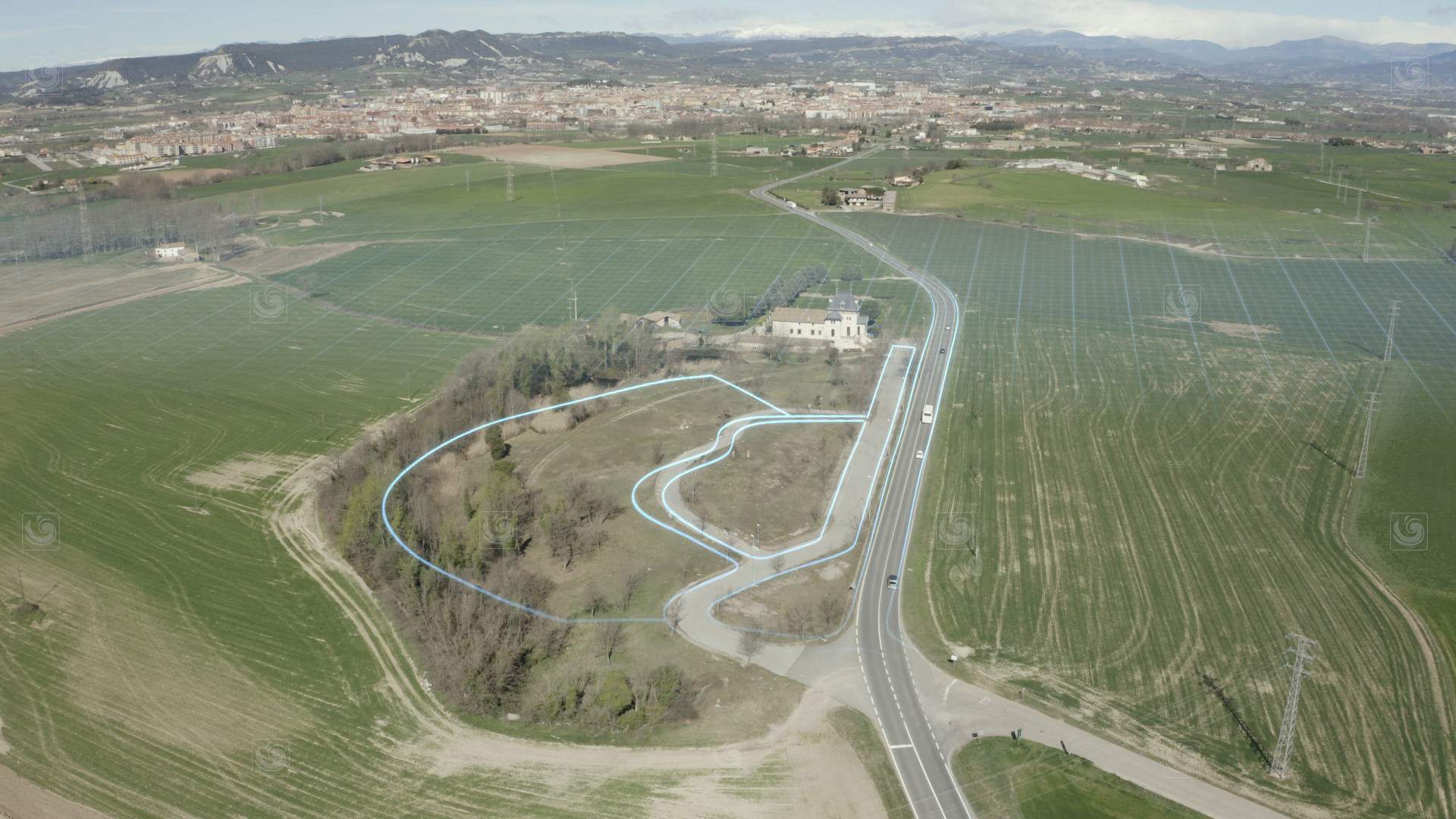 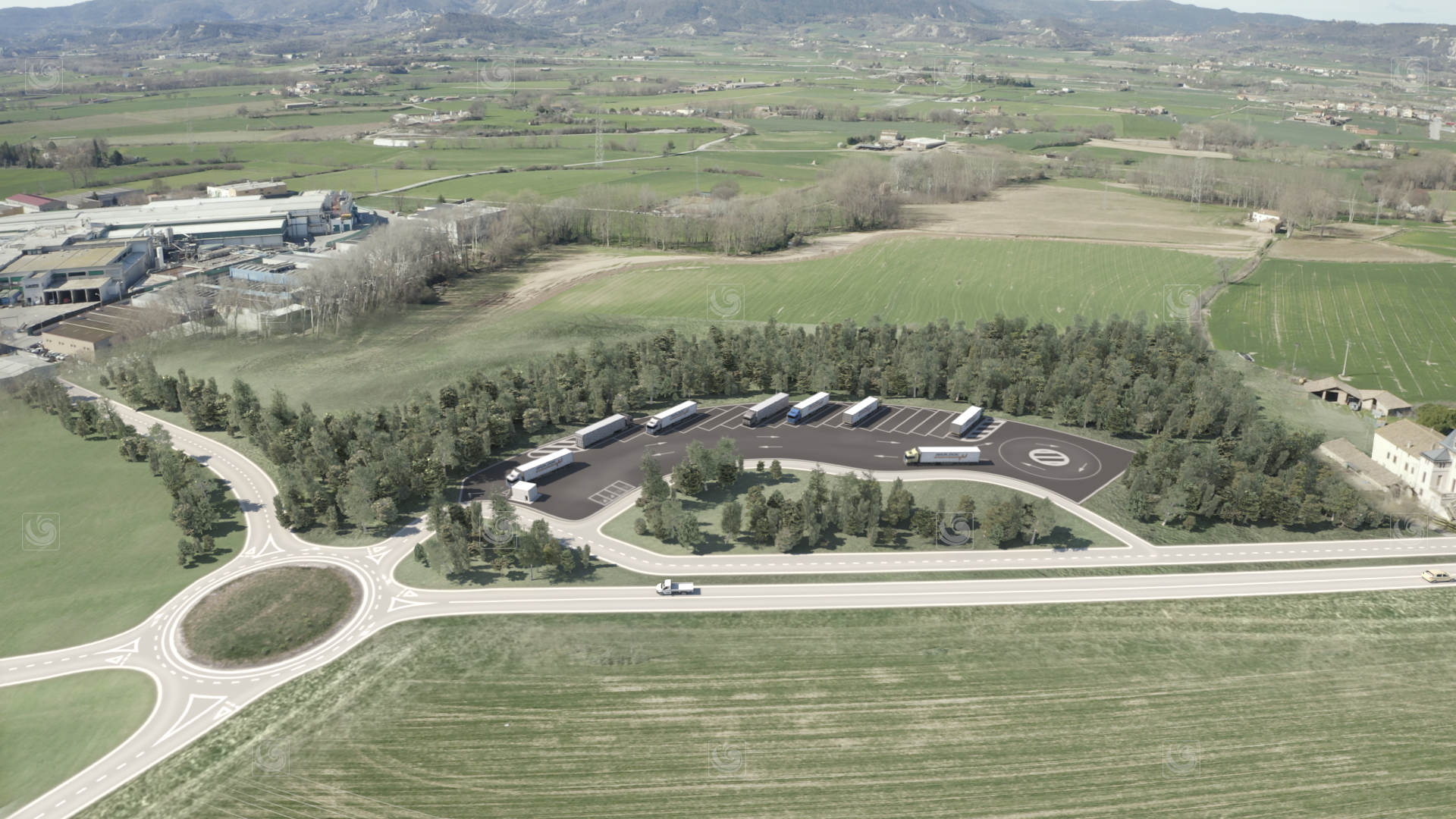 The other location on which we were asked to carry out the visual integration work was already in the meat processing plant itself. There, an elevated passage was planned to be built to communicate the company's facilities, on both sides of the local road. 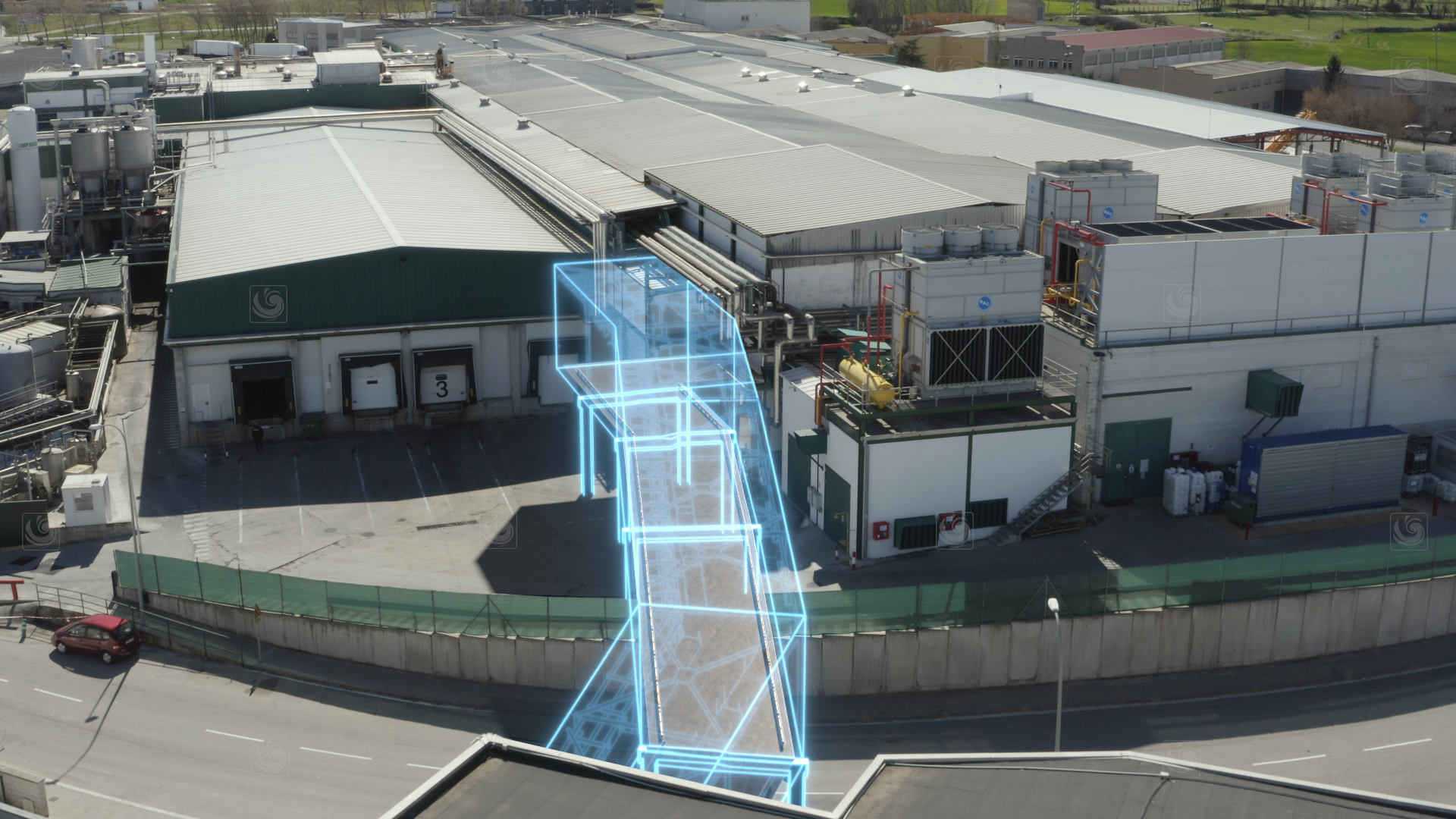 All the 3D models were generated from the CAD plans provided by the client, so that after the usual process of tracking different points of reference present in the aerial shots, they would be positioned in their exact location in the virtual scene.

After adapting the 3D rendering to the real light conditions existing at the time of recording, and carrying out the general post-production settings, a final result was achieved whose quality speaks for itself. 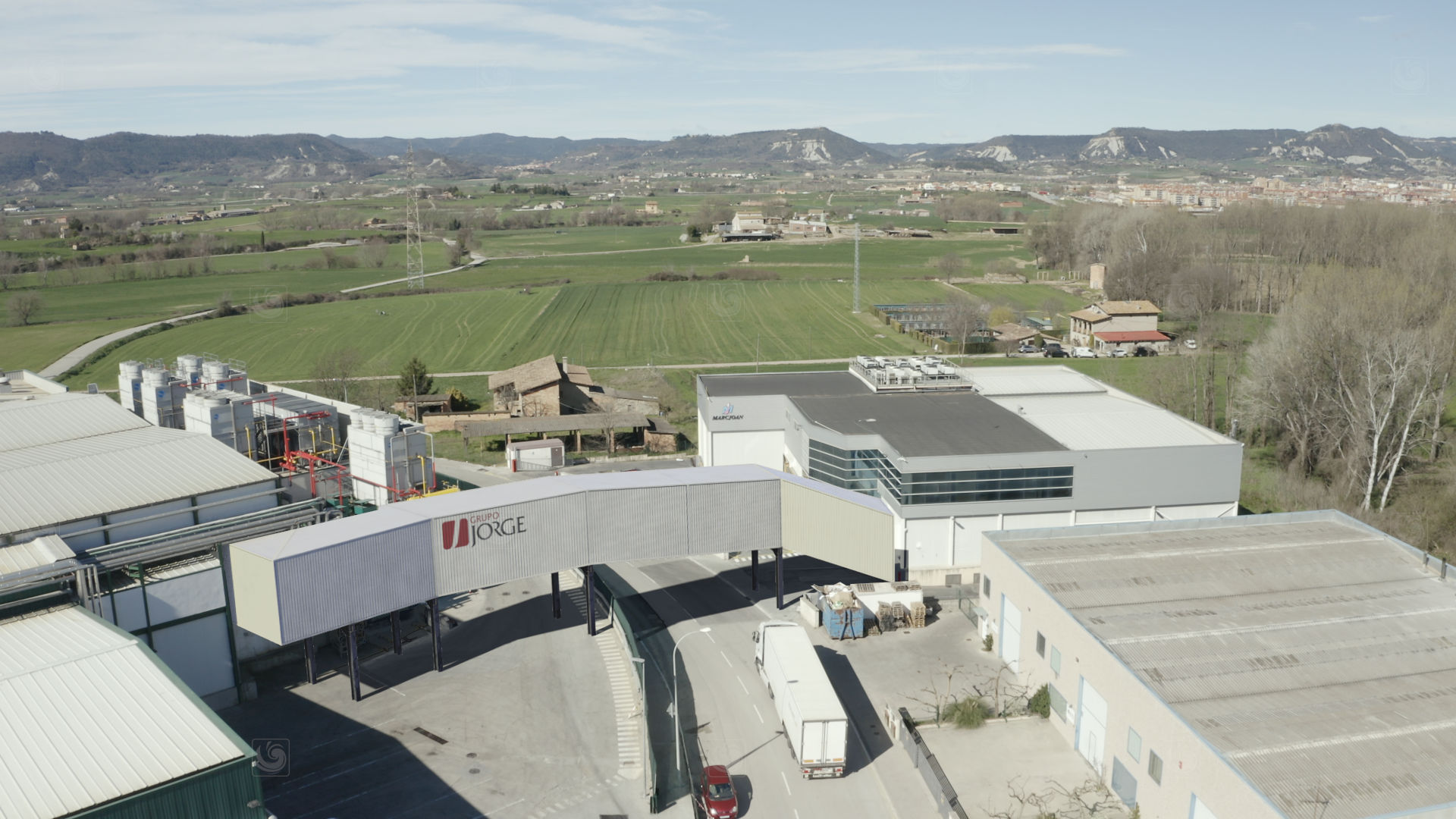