Atlas Copco is an international company of Swedish origin, established in 1873, manufacturing tools and industrial equipment.

From the client's Communication and Marketing Department, we were asked to make a product video around their star product, the QAC 1100 TwinPower electric generator.

The target was to highlight its great advantages, in terms of increased flexibility and power, thanks to the redundancy of components. 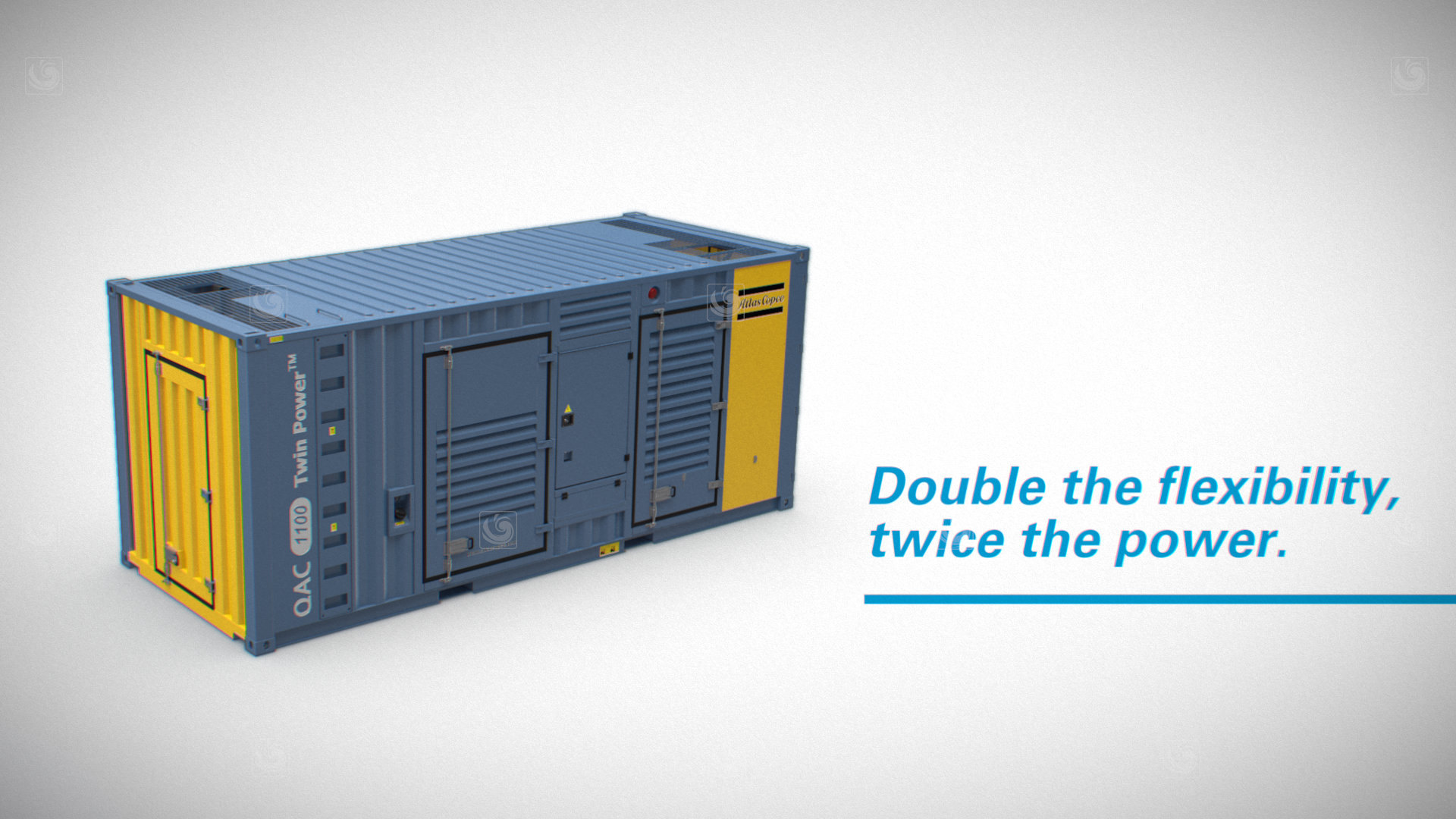 As in other projects carried out for this client, we proposed the suitability of articulating all the narration by means of animated 3D CGIs.

Under this approach it is possible to show, with total freedom and clarity, both any mechanism and its operation, thus obtaining video sequences impossible to show by recording the real product.

After the usual phase of adaptation of the 3D models provided as CAD files by the client's Technical Office, we proceeded to the animation of camera and components, always according to the detailed storyboard previously developed.

A musical background with marked epic tones, together with the alternation between accelerated camera movements and slow-downs build a tremendously dynamic and effective video, which runs brilliantly through its 1' length. 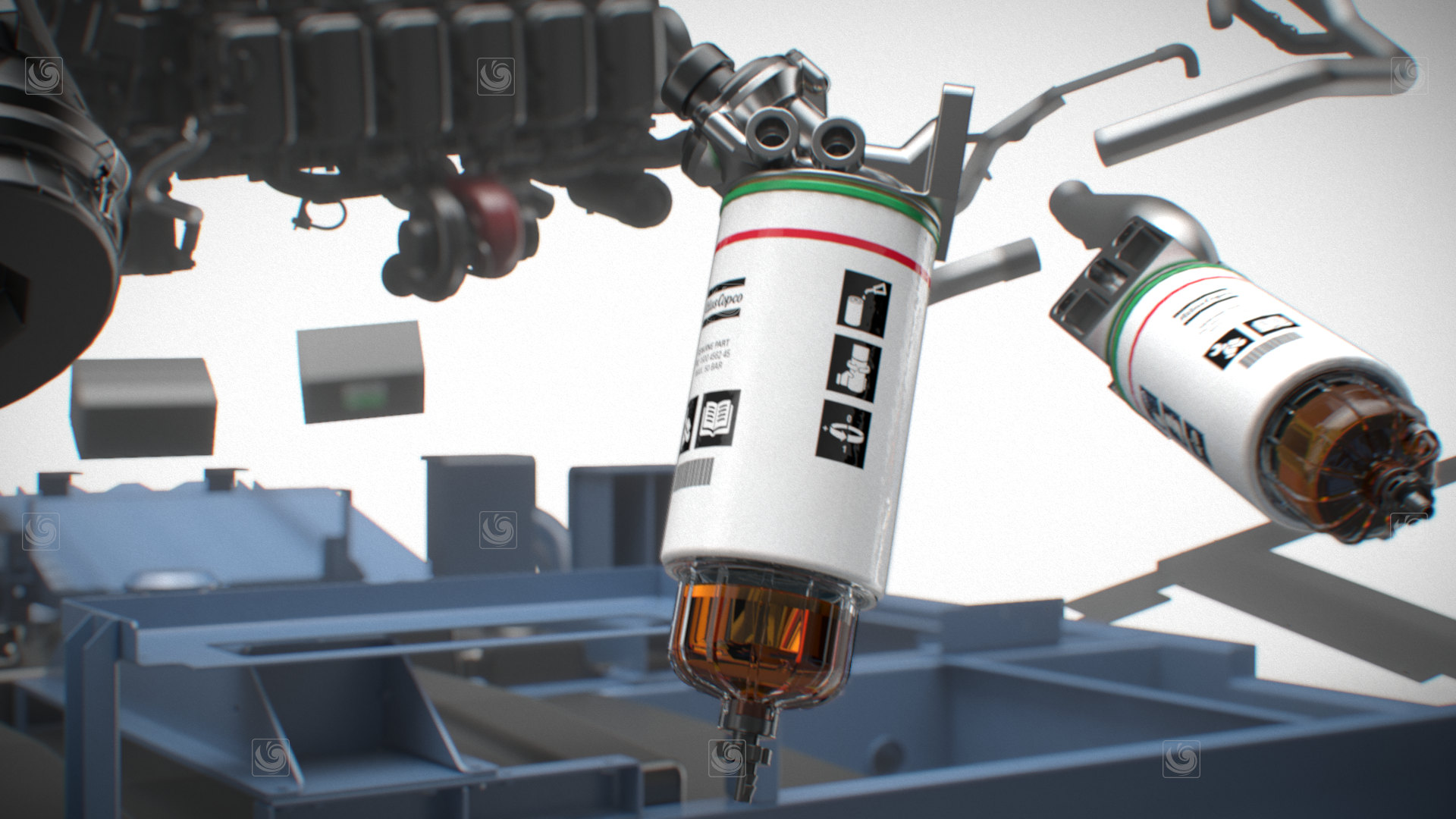 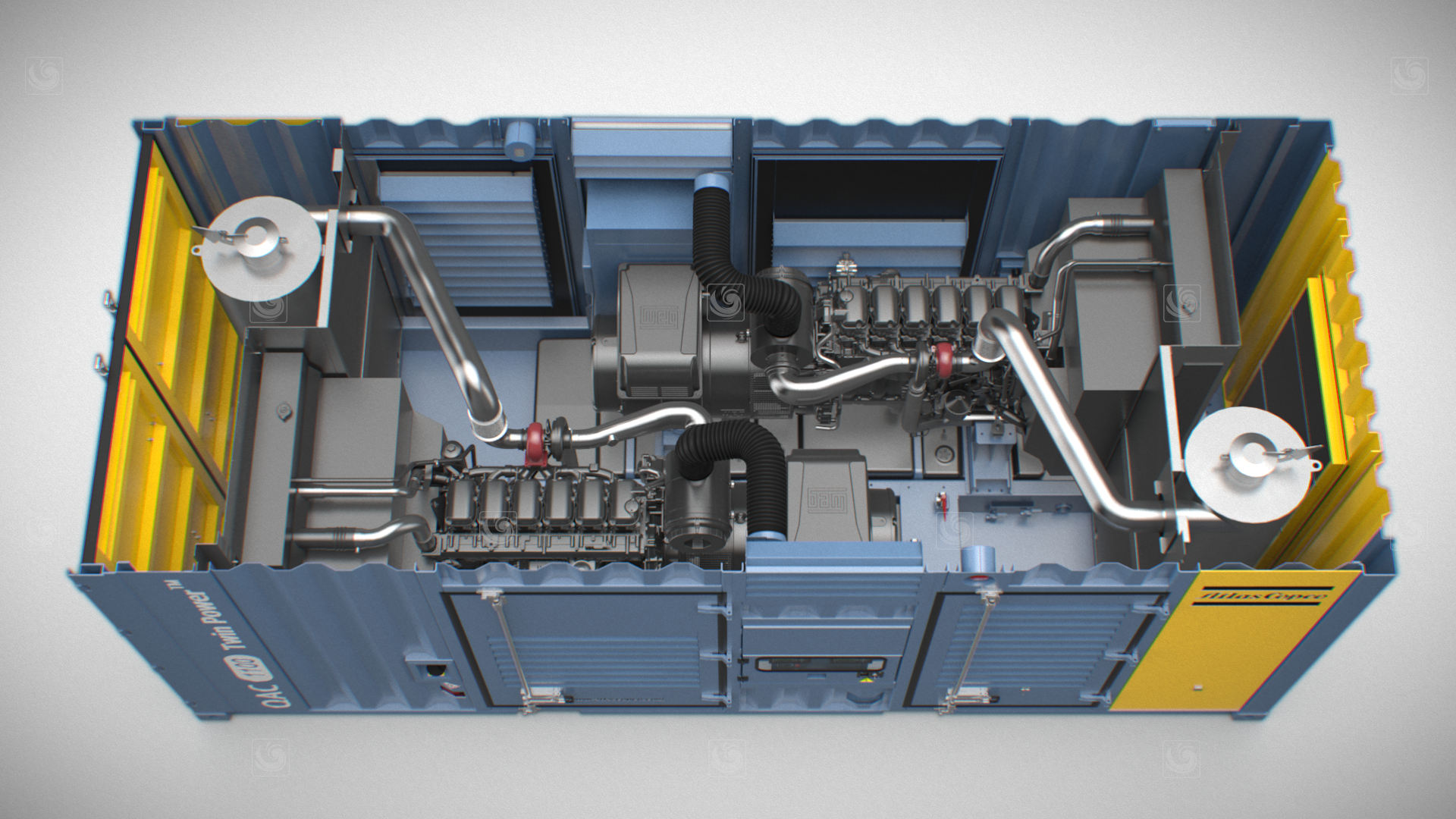