We were commissioned by the production company Osole Visual to create different visual effects (VFX) for their ambitious film production around the Ara River, the last great wild river in the Pyrenees.

In one of the film sequences we had to work on, there is a series of shotgun shots. Here we integrated both the deflagration produced by the gases due to the dieseling effect and the resulting smoke.

It goes without saying that, as a rule, the very short duration of this type of shots is quite convenient for the acceptance of the visual effects by the human eye. 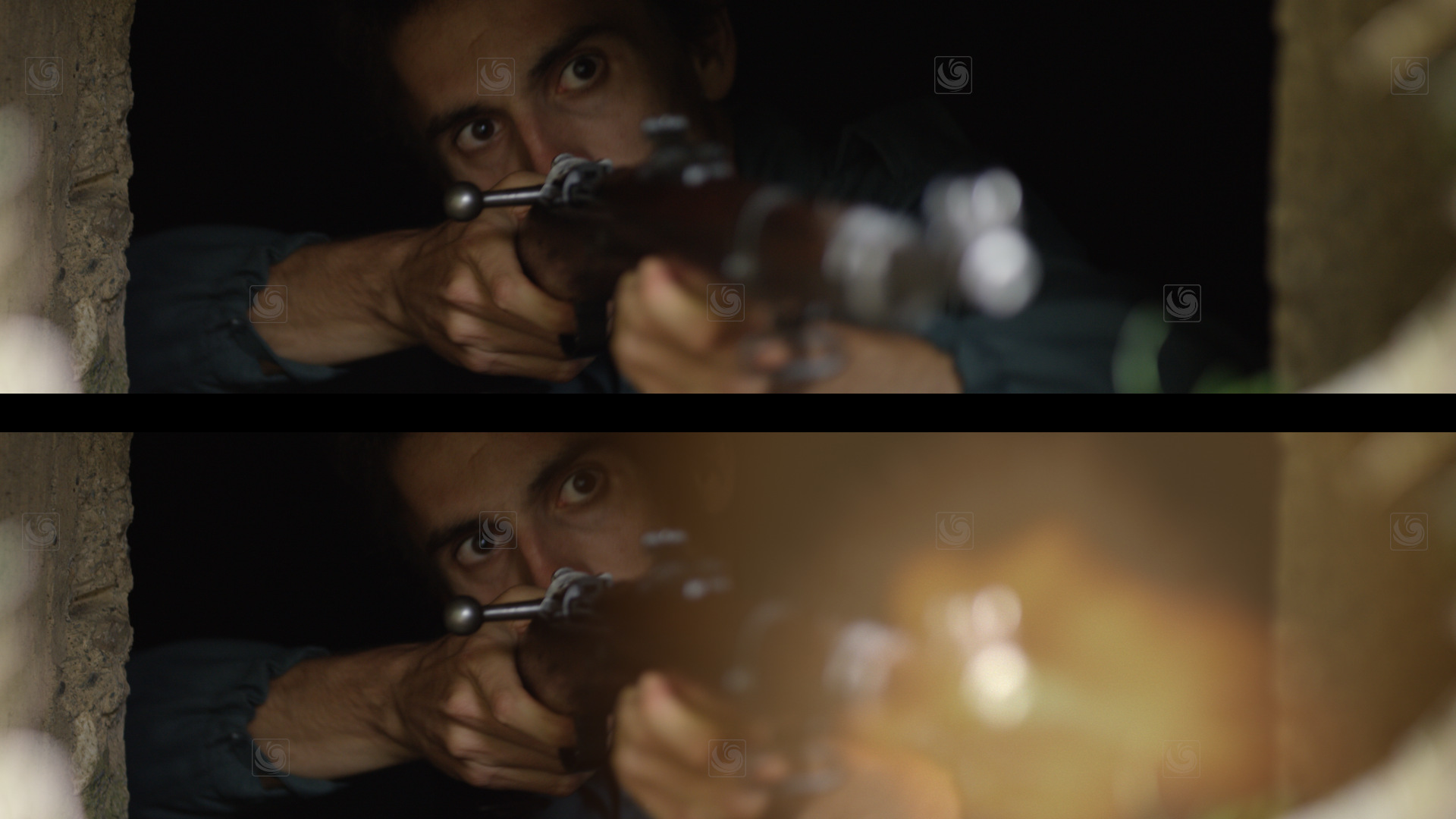 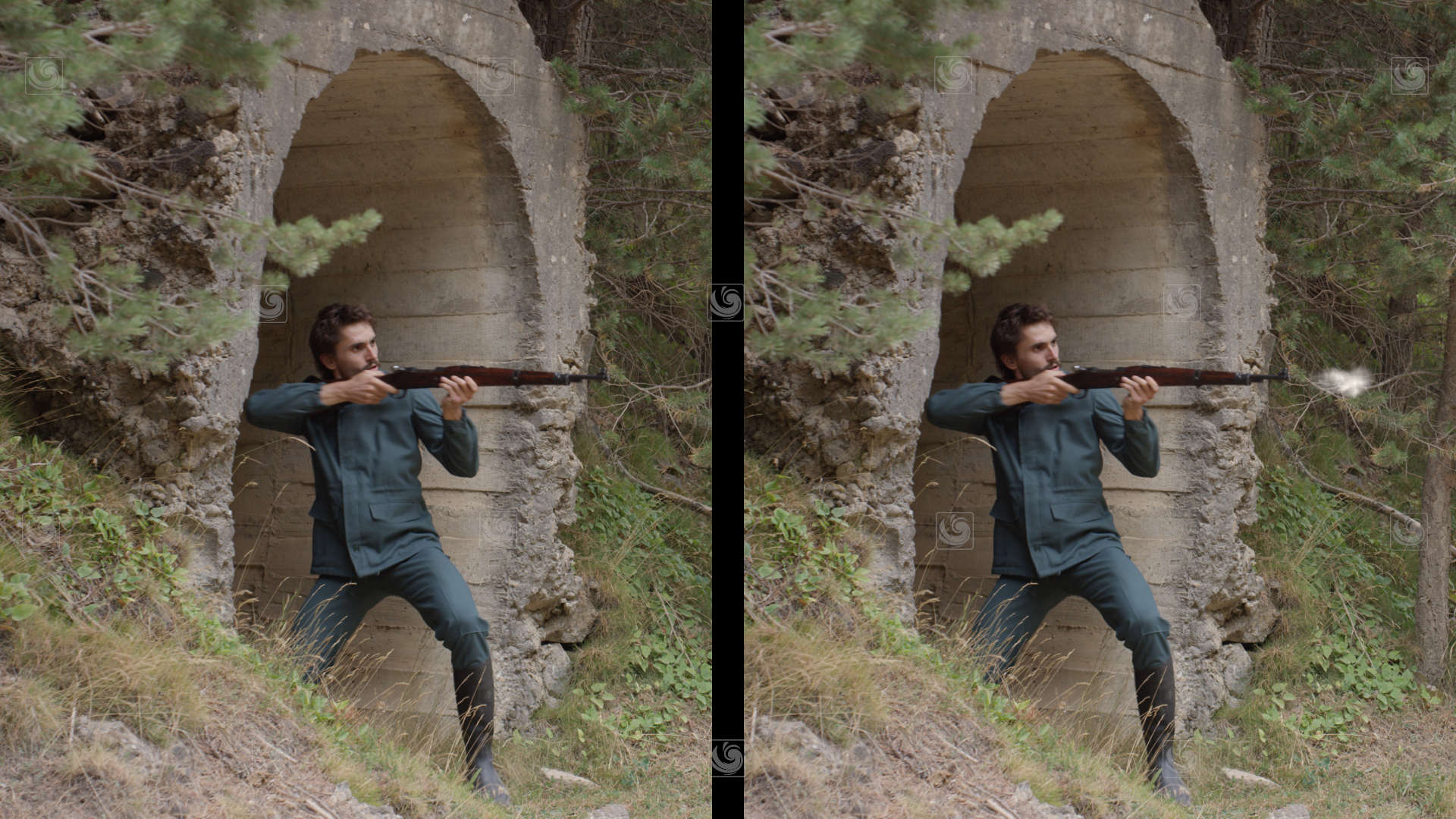 In another moment of the narration, we find ourselves with a whole sequence that begins with a sunny day, passing quickly to a dense fog, which we had to recreate in postproduction.

This is actually the most complex sequence, since a veiled color above is not enough to create a credible fog, whose appreciated density depends on the depth of field focused by the camera.

Recreating this whole approach through a pseudo 3D, we arrive at a totally convincing result. 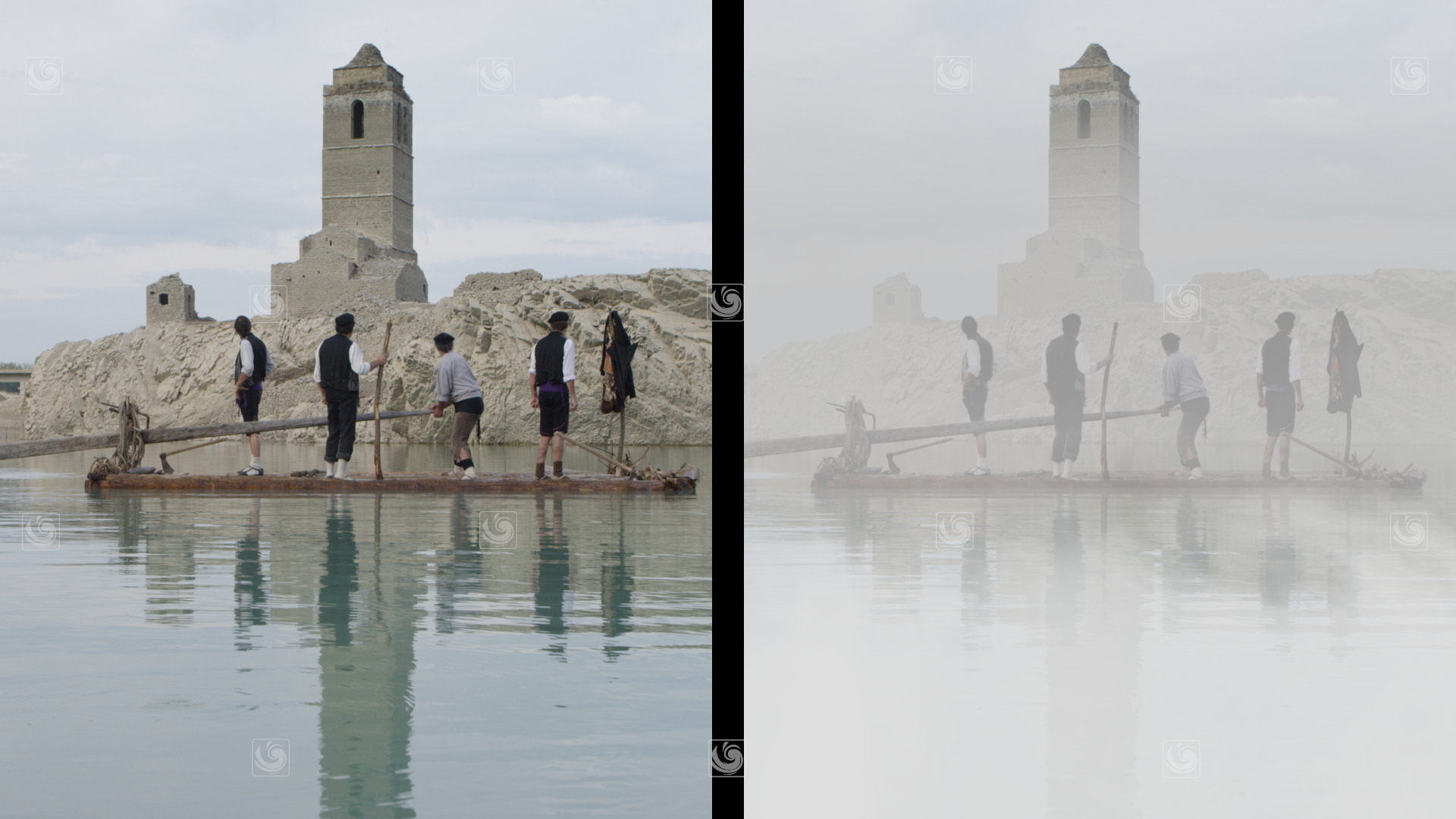