An agency in our own city had carried out a Christmas campaign for Grupo Jorge, one of the largest food groups in Spain, based on cut-out figures that were sent by post, together with the corresponding Christmas card.

Looking to take the same idea a step further, the following year they proposed the creation of a video for which making they requested our collaboration. The story told the tale of a little decorative paper pig, who had always wanted to be one of the reindeers pulling Santa's sleigh.

With regard to our work in this attractive project, it was focused on the introduction, in different planes of the video of the mentioned paper pig, generated by means of techniques of animation of 3D CGIs.

The main challenge of this project was undoubtedly the generation of a 3D model of the little pig that would pass for real at all times, behaving the way a cut-out would. In this sense, after collecting the precise references of the type of paper that would be used in the mailings, as well as the type of ink used by the printeing, we created the corresponding PBR (Physical Based Rendering) materials.

We also recreated the recording set virtually, to ensure that the lighting and colors would match the real ones.

As a next step, we proceeded to design the animation controls, with the objective of making the animated 3D model behave in a physically plausible way, just as a paper cutout that had come to life would move.

After carrying out different batteries of tests, aimed at refining the personality sought for the piglet, we proceeded to the animation process. In this regard, undoubtedly one of the most complex features was that its face was animated in 2D, so we had to develop a workflow compatible with the possibility of seeing the almost final result while animating. 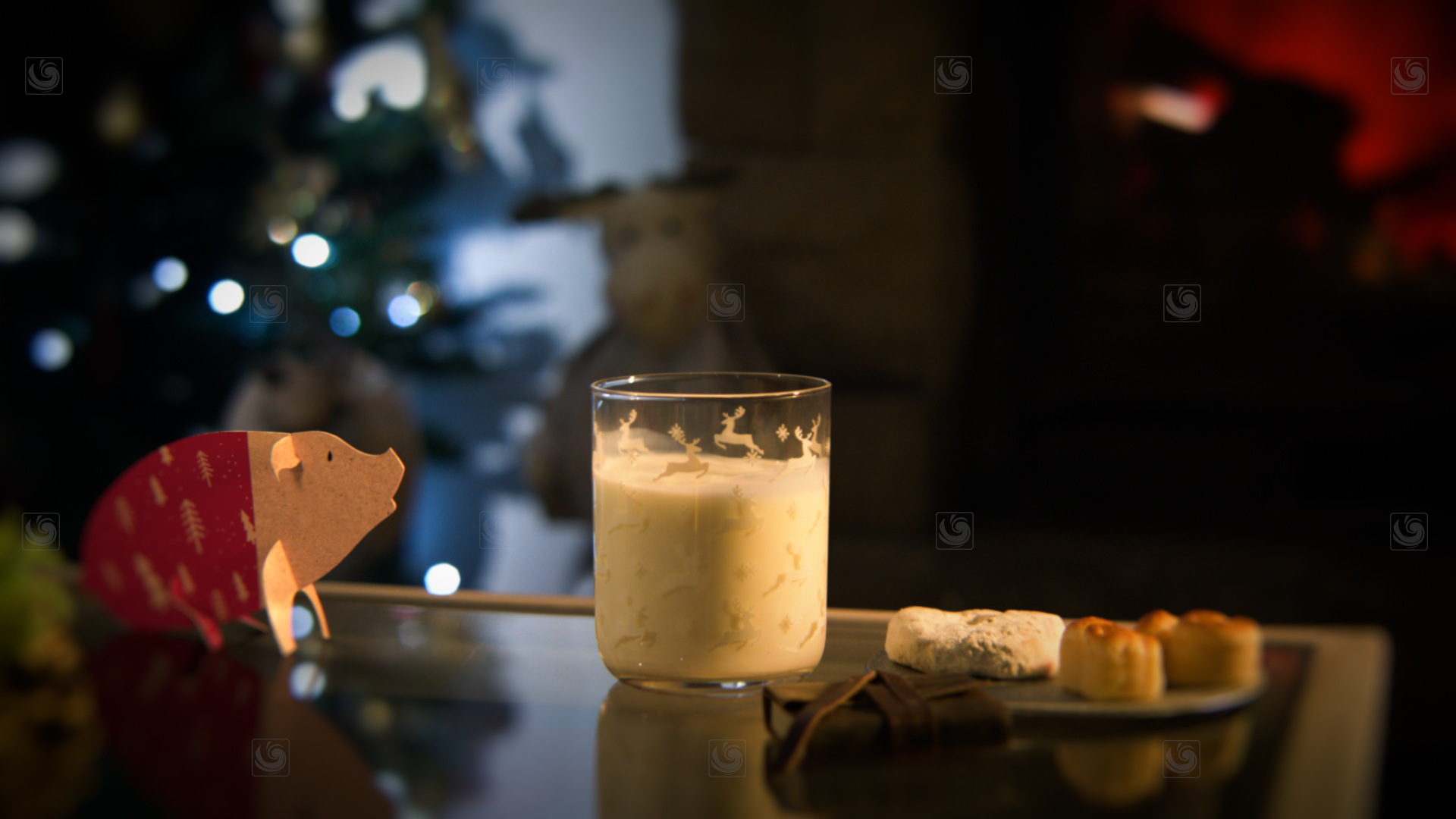 The result is an emotional video, in which the spectator quickly empathizes with the character's wishes and desires, while we accompany him through a series of situations leading to a beautiful ending, in which the little pig finally gets his reindeer horns, turning his Christmas dream into reality. 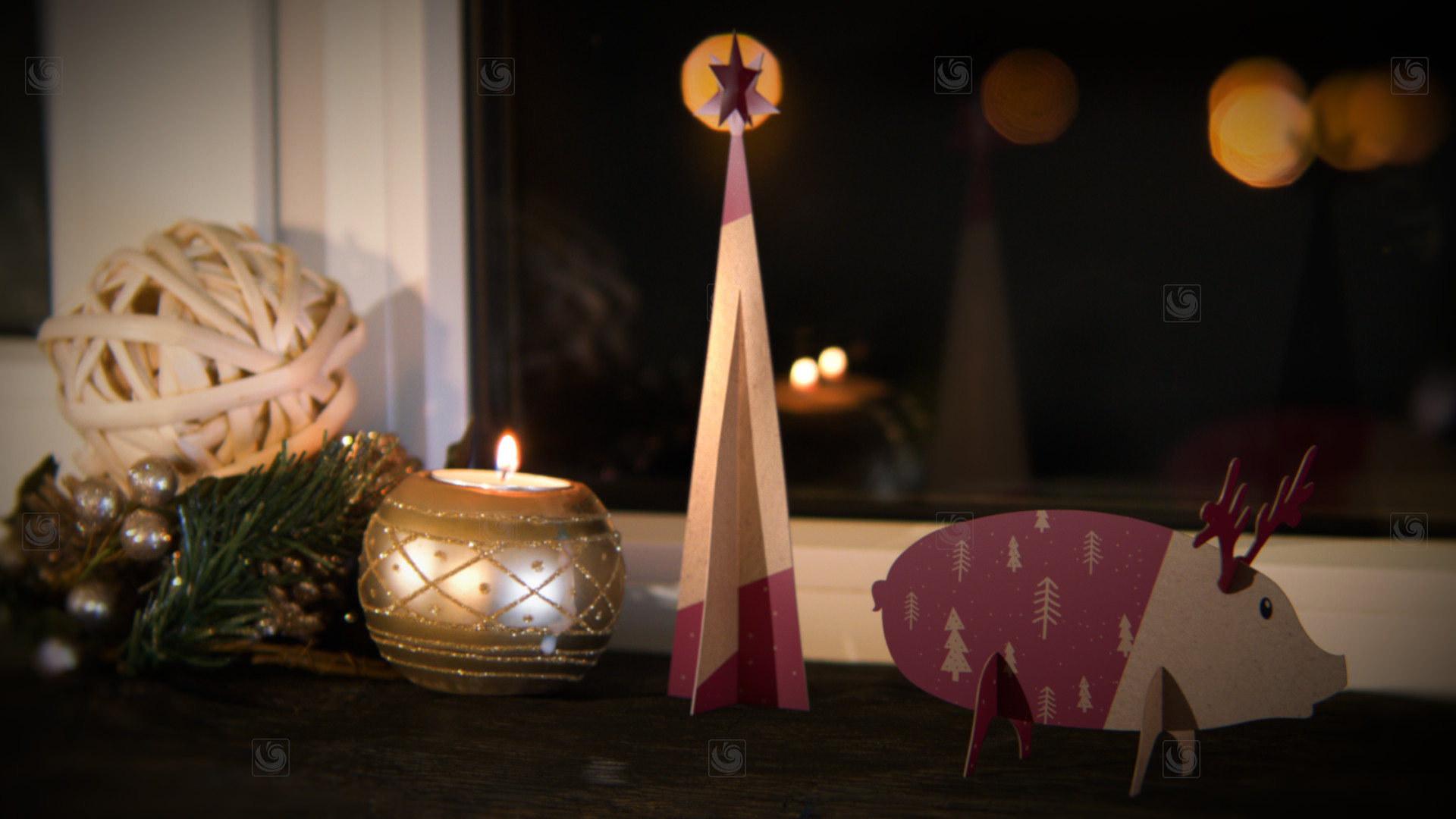