Today, Augmented Reality (AR) allows us the visualization in place and at real size of any object.

At the visual level, Augmented Reality (AR) allows us to introduce in real time on a video signal any kind of 3D Content that will be shown to the viewer from his own point of view.

Given that, as the observer evolves around these "augmented" objects, they will alter his perspective accordingly, the brain will come to associate them to a great extent with reality, thus giving rise to a fully immersive experience.

In today's mobile devices, the development of increasingly advanced image recognition algorithms, together with the inclusion of better cameras and inertial measurement units (IMUs) opens the door to this type of experience for the general public.

Although Augmented Reality techniques are very diverse, regardless of the specific solution adopted we can always identify two main components: on the one hand the system must locate itself in space, on the other it will "increase" this space by means of more or less photorealistic 3D models.

The position of the observation device (mobile, tablet or glasses) in the space throughout the experience, requires the existence of a reference system, which as such will be uniquely defined by an origin (three-dimensional point) and an orientation on the three main axes of space.

To describe this reference system, the visual recognition of the so-called "markers" is used. Depending on the technique used, these can range from those of a fiduciary type (more or less complex bar codes), to images rich in certain graphic features, or even everyday objects. Obviously, the greater the complexity of the marker, the greater the calculation capacity required to quantify, in real time (that is, at least once per frame at 30 fps), its position and orientation. 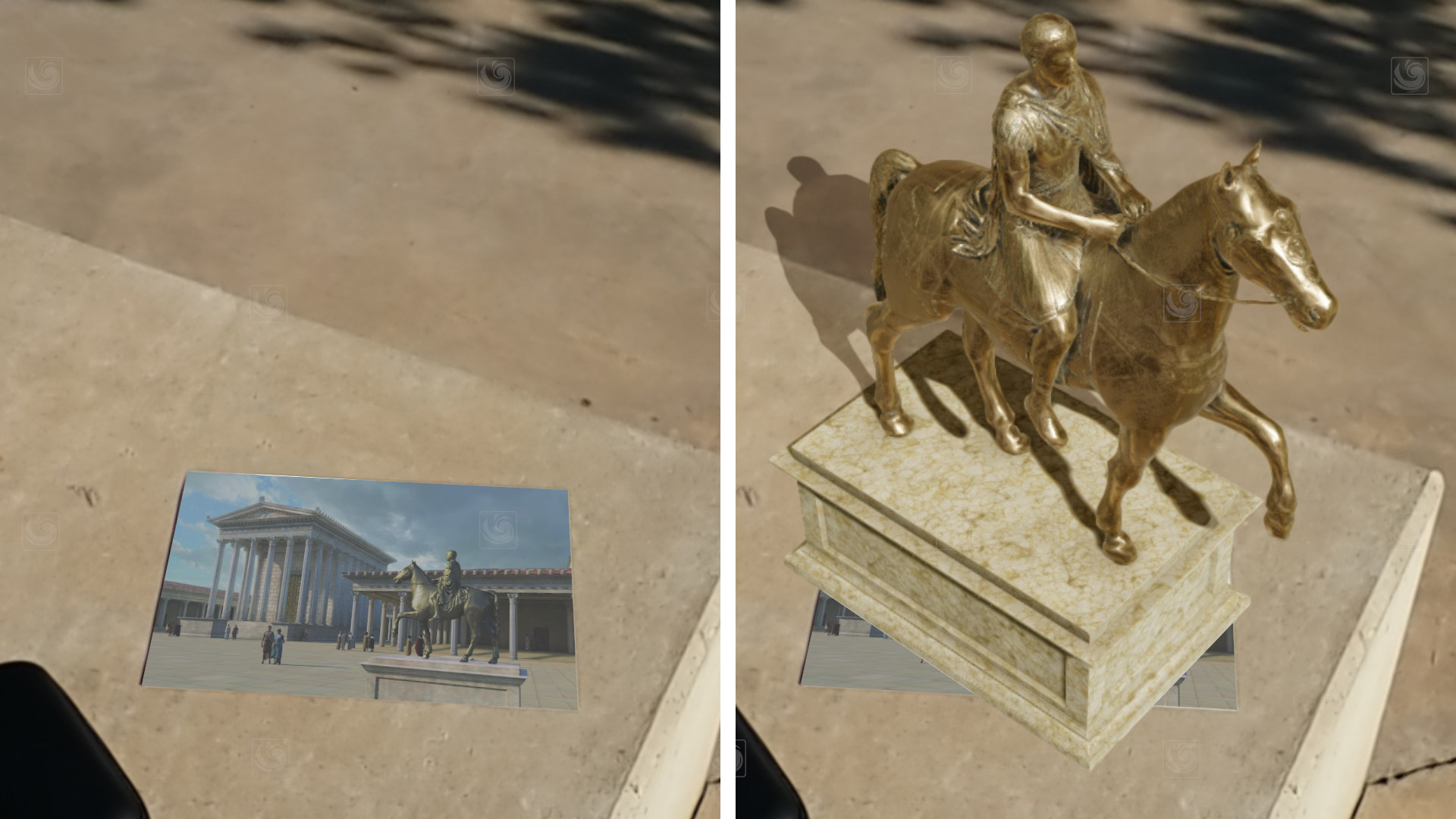 In contrast to this, in recent years there has been a great boom in the development of so-called markerless Augmented Reality solutions, solutions without markers, among which the so-called SLAM (Simultaneous Location and Mapping), which have evolved thanks to their massive use in autonomous vehicle navigation (odometry), stand out.

This approach dispenses with the use of "ad-hoc" markers, using any flat horizontal or vertical surface we can point to as an anchor for the spatial reference system (location).

For all this it is necessary that the device being used allows some type of depth-of-field measurement, which is usually implemented in mobile phones and tablets by means of a Time of Flight (ToF) camera. 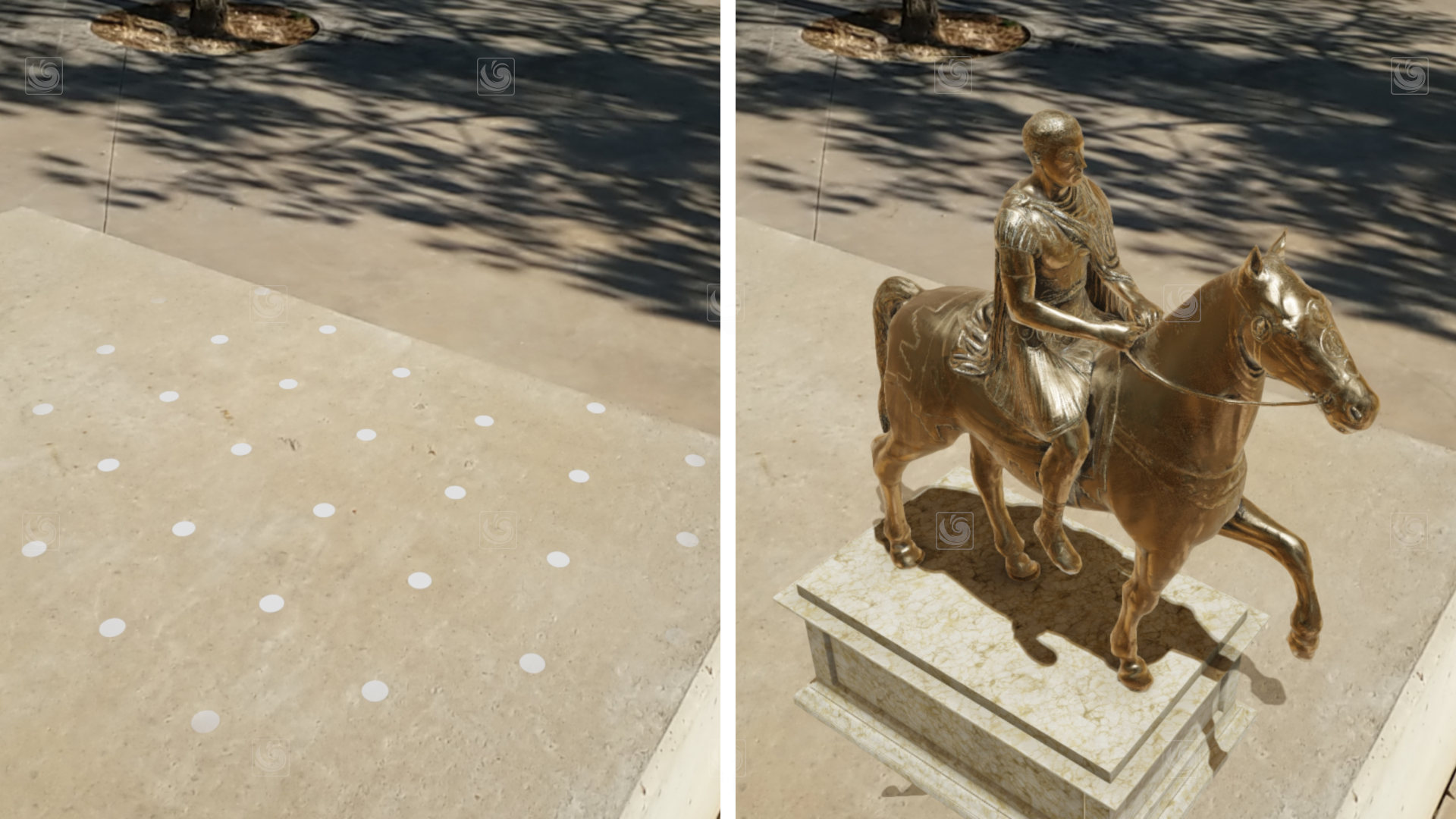 Going one step further, it is also possible to position the Augmented Reality layers without even using any anchor surfaces, using instead the camera position and a spatial direction on which we will adjust the location of the virtual elements.

From there, the mentioned SLAM techniques guarantee the robustness of the immersive experience, through the progressive knowledge (mapping) of the environment. 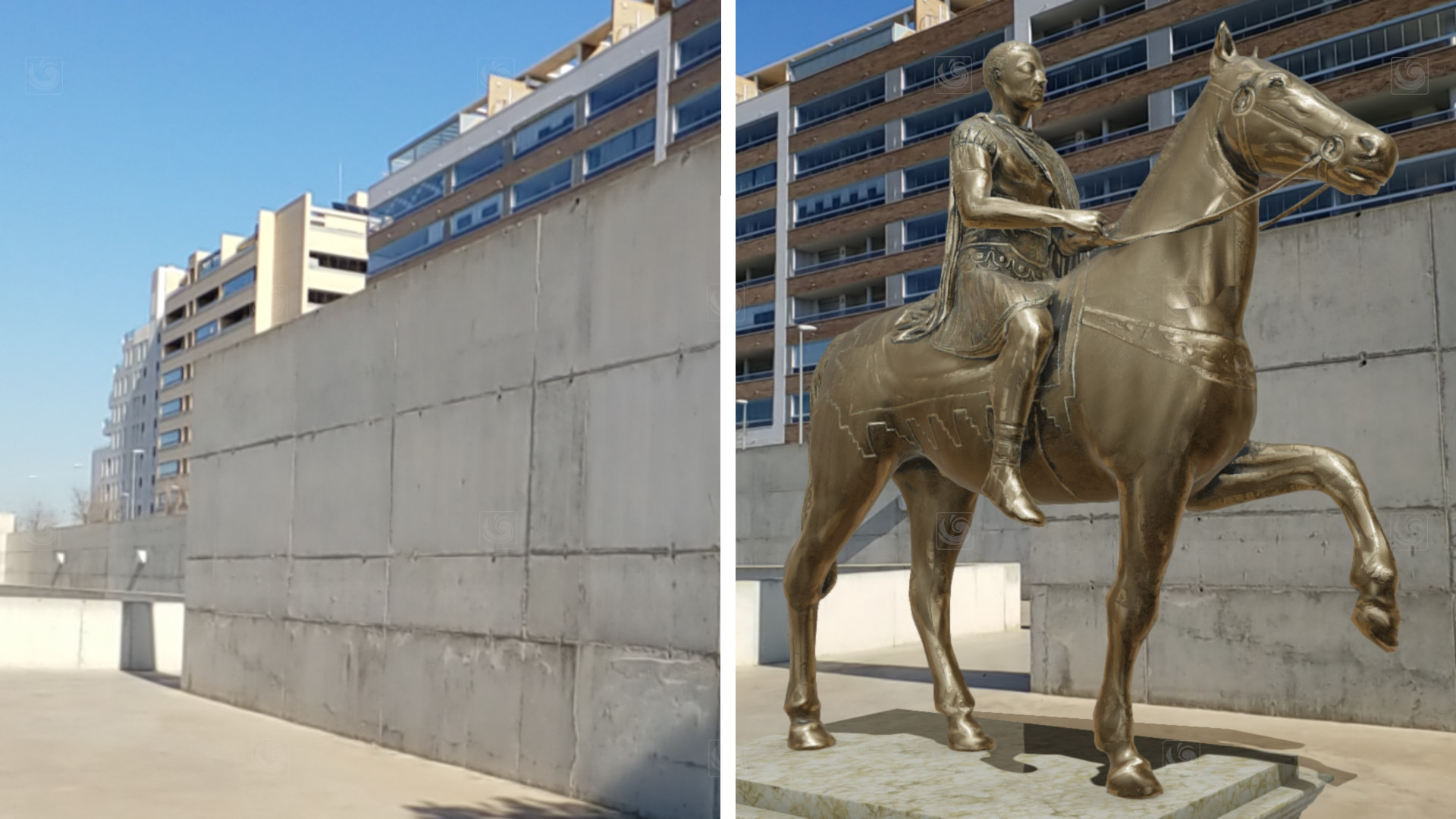 Since a few months ago, both Google and Apple offer complete Augmented Reality engines without (and with) markers, the so-called: ARCore (Android) and ARKit (iOS).

This approach is an ideal candidate for the realization of immersive experiences in the fields of Architecture, Civil Engineering or Urbanism.

We, at VÓRTICE, are specialists in both the generation of 3D Content and the development of Interactive Content, which will make possible the disruptive experience of Augmented Reality you have in mind. Shall we talk?